The American Legion was chartered by Congress in 1919 as a patriotic, war-time veterans’ organization, devoted to mutual helpfulness. It is a not-for-profit community-service organization, which now numbers nearly 3 million members, men and women, in nearly 15,000 American Legion posts worldwide.

Directions: Take I-17 to Anthem Way exit. Travel east on Anthem Way, the Civic Building will be on the right (south) side of the road. 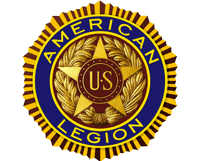 We’re veterans just like you, nearly 3 million strong, who care about America, veterans and their families and our nation’s youth. The Legion is a powerful voice in Washington dedicated to preserving the rights we’ve all earned – and were promised – by service to our nation in uniform.

We invite you to join us now. Membership brings an impressive array of benefits. The American Legion is always there for you and your family – in Washington and nearly 14,000 local Posts throughout America and abroad. Just like you, we’re “Still Serving America!”

If you have served federal active duty in the United States Armed Forces since December 7, 1941, and have been honorably discharged or are still serving – you are eligible for membership in The American Legion!

*Because eligibility dates remain open, all active duty members of the U.S. Armed Forces are eligible to join The American Legion at this time, until the date of the end of hostilities as determined by the government of the United States.

YES! I’ll help my fellow veterans by becoming a member of The American Legion. I certify that I served at least one day of active military duty during the period reflected above and was honorably discharged, or am still serving honorably. Please send my current membership card and my free “Branch of Service” lapel pin.

You can become a member by registering at the The American Legion website (https://www.legion.org) or during a visit to one of our meetings. American Legion meetings are held at 6:00 PM on alternating second Thursdays of each month based on the schedule above at the Anthem Civic Building, Suite 202, 3701 W. Anthem Way, Anthem, AZ 85086.